You are here: Home / Featured Posts / The Marshmallow Test 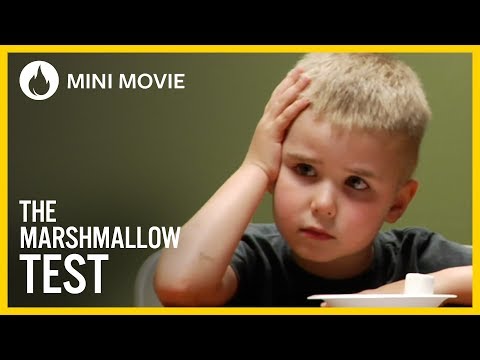 Poor impulse control may be related to biological factors in the brain. Researchers have found that children with fetal alcohol syndrome are less able to delay gratification.[1]

The marshmallow experiment is a well known test of this concept conducted by Walter Mischel at Stanford University and discussed by Goleman in his popular work. In the 1960s, a group of four-year-olds were given a marshmallow and promised another, only if they could wait 20 minutes before eating the first one. Some children could wait and others could not. The researchers then followed the progress of each child into adolescence and demonstrated that those with the ability to wait were better adjusted and more dependable (determined via surveys of their parents and teachers), and scored an average of 210 points higher on the Scholastic Aptitude Test.[2]

Another famous impulse control test is the “gift delay,” where children were shown a nicely wrapped gift but told they must complete a puzzle before opening it. Researchers then calculated a “delay score” based on how long the children held out. When independent examiners interviewed the test subject years later, they found boys who had not delayed were “irritable” and that the girls were “sulky.” In contrast, the patient boys were “attentive” and the girls “competent.”

For more information, go to: http://en.wikipedia.org/wiki/Deferred_gratification